Lawmakers Want To Make Sure Any Misleading Results Google Provides When Searching For Abortion Clinics Are Removed. 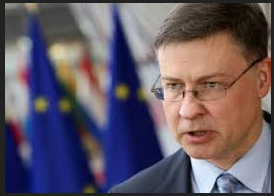 Democratic members of Congress asked Google to remove from its search platform any results or ads directing individuals to centers where abortion is discouraged, arguing that misleading search results could endanger women’s health.

According to a letter sent to Google CEO Sundar Pichai by Sen. Mark Warner and Rep. Elissa Slotkin, Google should either stop listing anti-abortion clinics in its search results or clearly label those listings so that women can identify whether the clinic in their search results provides abortions. “Directing women towards fake clinics that traffic in misinformation and don’t provide comprehensive health services is dangerous to women’s health,” the letter states. Google did not immediately respond to a request for comment.

Increased attention is being paid to the digital risks people seeking abortion care can face, especially in states with laws limiting access to the procedure. Experts are worried that if the Supreme Court strikes down Roe v. Wade — the nearly 50-year-old opinion that holds there is a federal, constitutional right to an abortion — a move it appears poised to make, according to a leaked draft opinion published by Politico last month, personal data could be used to enforce abortion criminalization laws in states with such laws. They have also raised concerns around misinformation about abortions and birth control and misleading ads from “crisis pregnancy centers” that target pregnant people but oppose abortions.

Recent research from the nonprofit Center for Countering Digital Hate has shown that when users in states with so-called “trigger laws,” or laws that would block abortion in the event Roe v. Wade is overturned, search for “abortion clinic near me” or “abortion pill,” they are directed to anti-abortion clinics, according to lawmakers’ letter. The research also showed that anti-abortion clinics accounted for 37% of Google Maps results for abortion services in those states.

In Google searches conducted by CNN Business on Friday for “abortion clinics” near Nashville, Tennessee, and Boise, Idaho—two states that have passed trigger laws—some of the results included anti-abortion clinics on the first page. The Google Maps search results in Boise, Idaho show one facility that says it does “not perform” abortions as the second result and another “pregnancy care center” that says on its website it is not a medical facility as the fifth result. In Brooklyn, New York—home to more lenient statewide laws—a clinic devoted to abortion alternatives appears as fourth result in a Google Maps search for “abortion clinics.”

Google pledges to take additional steps to ensure the safety of information users receive when they’re seeking the most medically related services, such as abortion, on Google Search and Google Maps by searching for certain terms about abortion clinic, abortion pill, and so on.