What Is An OLED Display, And How Does It Work? 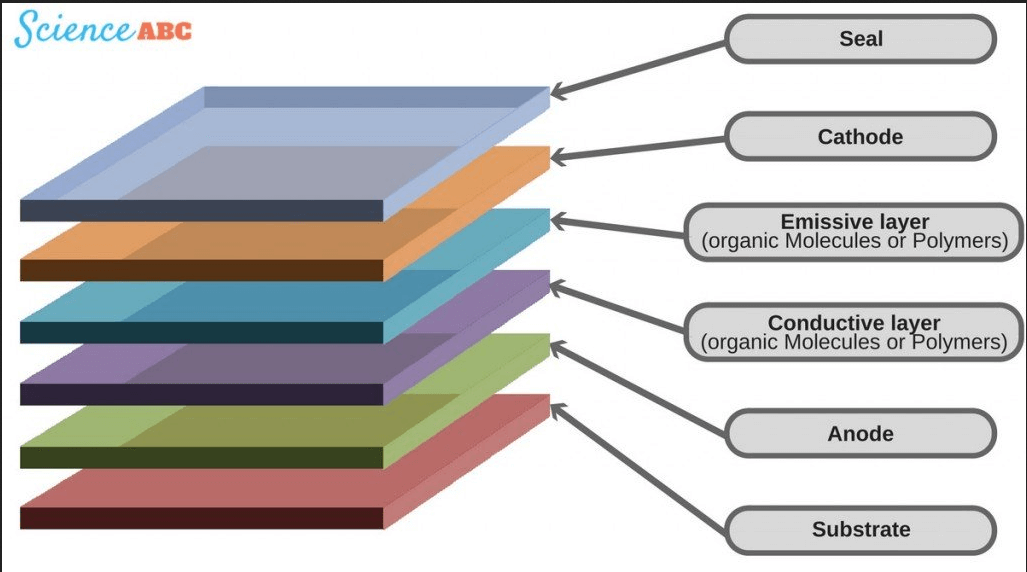 Optical Display, or OLED Display, is a new display technology. This panel can potentially replace traditional LCDs for mobile devices in the coming years. discussion OLED is an organic light-emitting diode. It is a display technology that uses a carbon-based polymer as its electroluminescent material instead of a liquid or gas. This post will discuss how an OLED display works and its merits and demerits over traditional LCD tech. This article compares the latest developments in OLED screen technology, process, modules, and applications.

What is An OLED Display

What is An OLED Display? To answer this in simple words; An OLED display is a flat panel display that emits light through organic compounds. It’s often used in smartphones, tablets, televisions, and other devices where high-quality images with deep blacks are essential. Because an OLED display doesn’t require a backlight like traditional LCDs, it can be thinner, lighter, and more power efficient than other displays. Power savings are especially significant in mobile devices because they tend to be used in more brightly lit environments than TVs or desktop computers.

Unlike LED screens, which emit light when an electrical current passes through them, OLED screens don’t emit any light until they’re electrically charged by applying a voltage across each pixel. This means individual pixels on an OLED screen can be turned off entirely to create the deepest black possible (unlike LEDs).

How Do OLEDs Work?

So How Do OLEDs Work? OLEDs work by manipulating the flow of electricity through organic material. This is possible because OLEDs contain two different layers: a cathode layer and an anode layer. The cathode layer comprises organic molecules emitting light when a voltage is applied. The anode layer includes a metal or conductive materials that allow electrons to flow through it. When a current flows from the cathode to the anode, it excites the electrons in the organic molecules, causing them to release energy in the form of light.

What is the Difference Between OLEDs and LEDs?

Because OLEDs are made with organic material, they can be flexible and transparent, giving them many advantages over other displays. For example, they can be curved, folded, or rolled up into tubes without losing their properties. They also have faster response times than LEDs (typically less than one millisecond), so they’re great for high-speed gaming. However, they are more expensive than conventional LCDs at this time.

LEDs use semiconductors instead of organic material to produce light. Because of this difference in materials, LEDs tend to be brighter than OLEDs—but that brightness comes at a cost: LEDs have slower response times (typically around 30 milliseconds) than OLEDs (less than one millisecond).

While LEDs have been in the market for many years, OLEDs are a newer technology quickly gaining popularity. Both displays are used in consumer electronics; LEDs are more commonly used for backlighting and LCDs, while OLEDs are used for high-end smartphones, tablets, TVs, and computer monitors.

OLEDs are emissive displays, meaning that they produce light. Since they don’t need to be backlit, they are thinner and more flexible than other display types. They also consume less power than LEDs or LCDs. LEDs are not emissive displays but work by sending current through a semiconductor material that emits photons when excited by electrons (hence the “light emitting diode” name). This makes them cheaper to manufacture than OLEDs and allows them to be used in different shapes and sizes, including as lights in car headlights or street lamps.

Organic Light Emitting Diode, or OLED, describes a display panel that uses organic materials instead of the traditional inorganic materials used in LCDs. These displays are much more environmentally friendly than conventional LCDs and have some unique characteristics that make them desirable for specific applications.

OLEDs have been around for quite some time—they were first invented in 1907 by Russian engineer Alexander A. Mihajlov. At that time, however, there was no way to produce them in significant quantity or quality, so their use was limited to a few niche applications, such as watch faces and pocket calculators.

During the 1980s, scientists developed a way to produce OLEDs using polymers instead of metals like tin or lead, which made them much more eco-friendly than their predecessors; this allowed them to find widespread usage in many applications, including televisions, computer monitors, and cell phones as well as many other devices such as watches and calculators.

The Future of Mobile with OLED Displays

OLED displays have been around for years, but they’re only now becoming a real contender in the display market. And it’s not strenuous to see why: they offer higher resolution and contrast ratios than LCDs, they’re thinner and lighter, they consume less power, and they have a vast viewing angle.

But why is it important for the future of mobile?

For starters, OLED displays make it possible to create flexible and foldable devices like smartphones or tablets. They also let you generate larger screens that deliver crystal-clear images even when viewed from far away (particularly useful for VR). But perhaps most importantly, OLED technology allows us to develop displays with curved edges, which will likely become increasingly important as we move towards foldable devices.

And while we’re talking about the future, some other developments are coming down the pipeline that will be as exciting (if not more so) as flexible devices or curved screens. For example, holographic displays! These will use lasers instead of LEDs (which means they’ll be brighter), which should result in better performance across the board (especially when it comes to mobile phones).

There are three main types of OLED display panels: passive-matrix (PMOLED), active-matrix (AMOLED), and flexible (FOLED). Each type has its advantages and disadvantages. For example, PMOLEDs can be manufactured to be very thin but have slow response times and low brightness levels. AMOLEDs have faster response times and higher brightness levels, but they’re typically not as flexible as FOLEDs.