What are Self-Driving Cars? 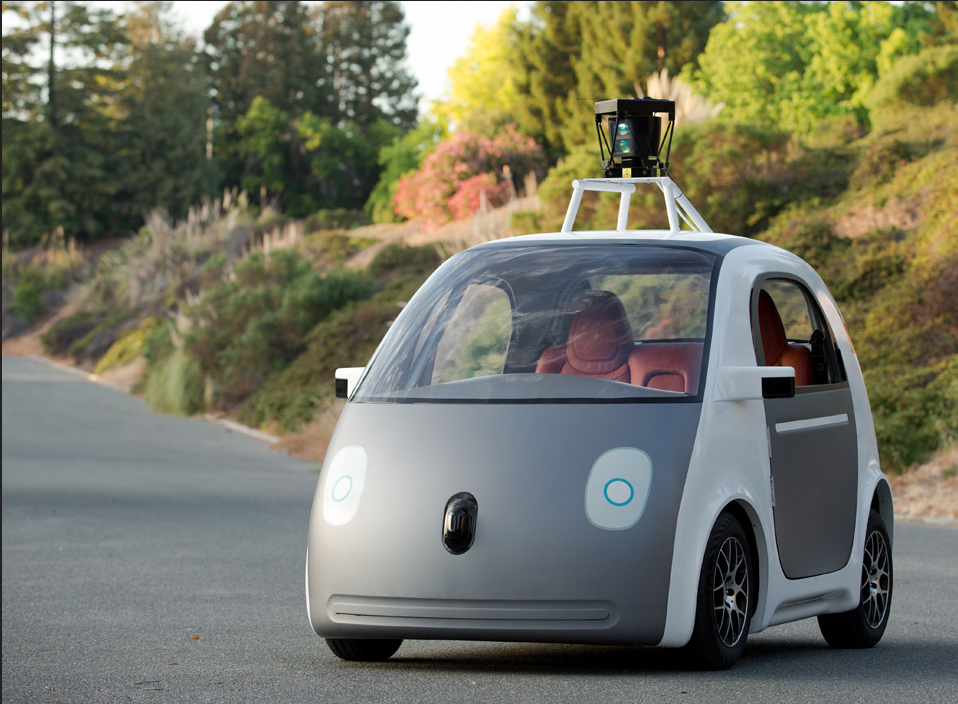 The next big thing in automotive technology is self-driving cars!

The technology has been developed, but how long will it take before you can buy one? The first self-driving car was developed in the 1950s by General Motors (GM). But many of the technologies used today were developed in the 1960s. GM produced the first fully autonomous car in 1971, but the project was abandoned during the 1973 oil crisis. In 1995 Carnegie Mellon University‘s NavLab 5 vehicle became the first car to drive itself across the U.S., from Pittsburgh to San Diego. It took two years and 150 person-days of effort to program it with software that allowed it to drive on its own at speeds up to 63 kph (39 mph).

In 2010 Google demonstrated its autonomous vehicle prototype (AV), which received much publicity as it drove more than 140 km without anyone behind the wheel or even sitting in front of it, despite having a blind spot where its sensors couldn’t see anything. Although Google has not yet commercialized its AV technology, other companies are developing their versions of AVs that could be used by civilians very soon.

Here’s what could happen when self-driving cars become the norm:

Hitting the highway without a hands

When talking about self-driving cars, most people think about the future and how it will impact their lives. But what does it mean for our current lifestyle? How will we be able to use this technology? The answer is simple: we will be able to hit the highway without our hands! This is one of the most exciting things about autonomous vehicles. Several companies are already working on technology that could allow us to do so. For example, Google’s Waymo has been testing its self-driving cars on public roads since 2009. And Tesla has been testing its Autopilot feature since 2015. Self-driving cars are going to change the way we commute every day. There are many benefits of this technology, including safety and efficiency. We’re already seeing some of these benefits today – but they’re just the beginning.

The end of traffic jams?

For many people, driving is a chore. They must be at work or school at a certain time and often late because of traffic delays. But self-driving cars could change that. The technology for autonomous vehicles has been around for years, but it’s only recently that we’ve seen them tested on our roads. In recent months, we’ve also seen companies like Tesla make great strides with their Autopilot system, allowing drivers to take their hands off the wheel and feet off the pedals while monitoring driving conditions.

In theory, self-driving cars could revolutionize transportation by allowing people to travel more efficiently and safely than ever. Imagine if you could go from home to work in any part of town without having to stop at lights or worry about other drivers cutting you off or changing lanes suddenly. The result would be fewer accidents and more people getting where they need to go faster than ever!

Self-driving cars have the potential to change the way we commute. Currently, most people commute in their cars by themselves. This is partly because of the cost of gas but also because it’s easy to do. Self-driving cars make sharing a ride much easier and more economical. You could carpool with coworkers or friends and split the cost of gas and parking. Even if you don’t have a carpool waiting for you at your destination, finding someone who does would be much easier. The ability to easily share rides will also make mass transit more practical.

If you’re a pedestrian, watch out for self-driving cars. Self-driving cars are set to be the next big thing in transportation. They’re safer than human-driven cars and can do things that humans can’t—like parallel park themselves!

But these cars aren’t just great for drivers—they’ll also make it easier for pedestrians to get around. The biggest problem with being a pedestrian is that you must constantly look over your shoulder and be alert to avoid getting hit by a car. But with self-driving cars? There’s no need to worry about that anymore! Self-driving cars will be programmed to stay at least 10 feet from pedestrians at all times. This means no more worrying about getting hit by an oncoming car while crossing the street or waiting at a crosswalk. It means fewer injuries and fatalities, too!

So whether you’re walking down the street or crossing it on a rainy day, keep an eye out for those self-driving cars—and remember: they won’t hit YOU!

Get ready to live in your car

You’re going to live in your car!

You probably already do. If you have a job that requires you to drive from home to work and back again every day, you’ve made your car your home away from home. You eat in it, sleep in it, watch TV, and even talk on the phone in it (if you don’t have Bluetooth).

But if you live in an urban area, chances are good that your commute can be more than an hour each way. That’s four hours per day spent driving — time that could be spent doing other things, like making dinner, reading a book, or getting some exercise at the gym. With self-driving cars, those four hours could become productive again.

Users will spend more time in their vehicles.

You’ll spend more time in your car — and less in the office. Self-driving cars are expected to increase productivity by allowing people to work on the road. Some companies have already begun testing this idea by offering employees commuting options, including self-driving cars equipped with Wi-Fi hotspots and power outlets. You could also use your car’s Wi-Fi hotspot to connect with your home network while you’re away from home so you can check emails or watch videos streamed from your computer or tablet (although this will likely require additional equipment). The result is that people may spend more time in their cars than ever before.