Ol’Ben Binks’ Arc Spanned The Gap Between ‘Revenge Of The Sith’ And ‘A New Hope’. 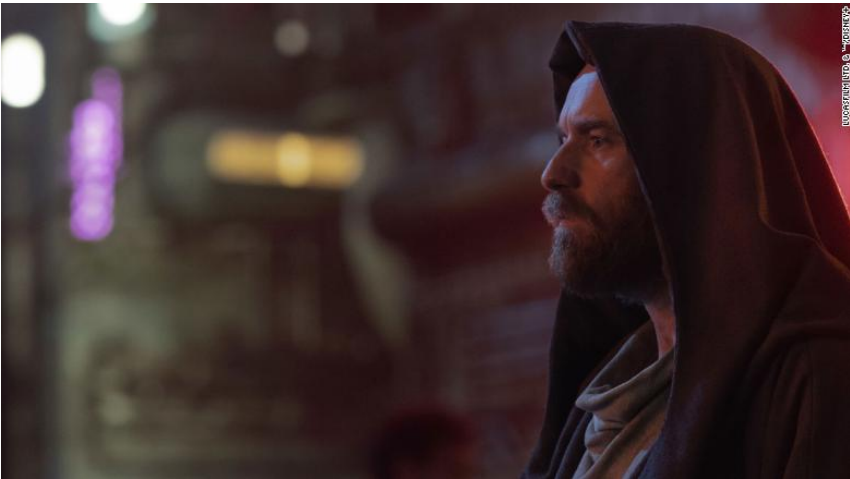 “The Last Jedi:” Faced with an even more daunting task than “Rogue One  A Star Wars Story,” “Obi-Wan Kenobi” deftly threaded the needle between “Revenge of the Sith” and “A New Hope” in the “Star Wars” timeline, filling the series’ finale with sufficient action and callbacks to end on a highly satisfying and ultimately nostalgic note.

The prequel trilogy of Star Wars movies, which began in 1999 with Episode I: The Phantom Menace, had an advantage over the original trilogy when it came to laying a foundation for the story. Such debate is inevitable, but hardly anything here offset the pleasures of seeing Ewan McGregor back and completely owning the title role, and a light-saber rematch with Anakin Skywalker/Darth Vader (Hayden Christensen) that delivered spectacularly on that promise. In a way, the show’s real triumph was its initial, very clever ruse; focusing not on a young Luke but rather on Leia—establishing a bond between Kenobi and her while creating a rousing excuse to bring him out of hiding and back into the world of adventure and heroism.

That action was only the tip of that project’s ingenuity, which employed clever experimental strategies to allot Christensen on-screen time without being buried underneath that Darth Vader armor or entirely ceding his voice to the great James Earl Jones.

The creative spark extended to the finale, and give enormous credit to the writing team (Joby Harold, Andrew Stanton and Hossein Amini collaborated on the script) and director Deborah Chow, who — having also worked on “The Mandalorian” — has more than earned the right to work on future projects for Lucasfilm if she so chooses.

Even still anticipating some of the consequences, it still was fulfilling and entertaining experiences — and perhaps calming — to hear the vengeful Kenobi echo the inner thoughts that had helped him get rid of Anakin just moments before, or to see the devout Obi-Wan once more encounter the spirit of his master Qui-Gon Jinn (Liam Neeson), as we saw toward the end of “Sith.”

In addition, Vader says to his former master, “You didn’t kill Anakin Skywalker. I did,” which echoes Kenobi’s explanation to a grown-up Luke in “A New Hope” about his father’s fate. Similarly, Owen and Beru, long-suffering owners of the Lars farm, have a moment in the spotlight as they protect Luke from a vengeful Reva (Moses Ingram). The character’s reputation wasn’t great after her initial appearance in “The Clone Wars,” but her tragic arc created a solid emotional hook in the later episodes before feeling somewhat overshadowed by all the other big moments and cameos tying back into the original films. As for other potential quibbles, there’s the issue of Kenobi again leaving his one-time protégé alive to continue his reign of terror, though the glimpse of Anakin’s face through the mask (recalling a scene from “Star Wars Rebels”) provided logical cover for that, and after all, it’s not like the battle could have ended in a more permanent way.

It’s worth remembering that “Obi-Wan Kenobi” was first conceived as a movie, and despite the “Solo”-induced cold feet that sent the concept to streaming, everything here suggests it would have been a crowd-pleasing blockbuster. The six-episode format for Disney+ did allow subplots and characters more room to breathe in helpful ways.

Given the end to the Star Wars saga we know, it’s not hard to imagine Disney and Lucasfilm has returned to Tatooine if McGregor would be so inclined. Though fans may have their own ideas for when it’s time to ride into the sunset, Disney studios know it’s a lot to expect an idea as polished and popular as this one.