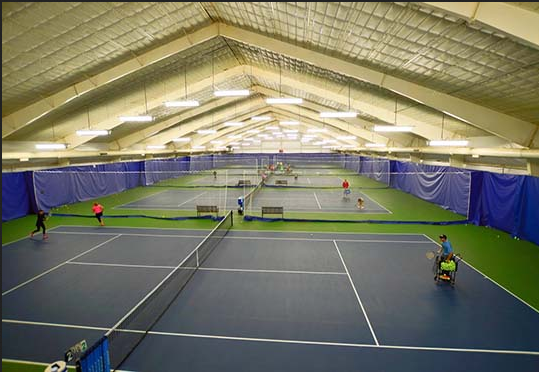 Tennis is a sport that is growing in popularity in the Greater Charlotte area. The region is home to numerous tennis clubs and facilities. These clubs offer a variety of services, including lessons and open play. In addition, they offer several amenities for members. To learn more, you can browse through the following information.

Developing the growth of tennis in the Charlotte community

The Charlotte Tennis Association is dedicated to the development and growth of the sport of tennis in the Charlotte community. It strives to create a welcoming environment for a diverse community and structures its programs to attract people of all backgrounds. These goals are furthered by the association’s efforts to increase participation in tennis by offering activities that cater to all ages, genders, and socioeconomic levels.

As part of this effort, the association is proud to present the Charlotte Amateur Tennis Tournament, which brings together amateur players of all ages to compete for a $2,500 prize purse. This tournament is founded and sponsored by the Atrium Health Foundation and the Cynthia Graham Hurd Foundation. Malcolm Graham, who received a tennis scholarship from Johnson C. Smith University, was the driving force behind the tournament, and it has grown into an annual event that attracts amateur players in the Charlotte area from all walks of life.

As part of its community outreach efforts, the Charlotte Area Recreation Cooperative has been working to develop the tennis court, with local service organizations pitching in to help with the project. The project is estimated to cost $125,000, and the City of Charlotte has approved up to $75,000 for the project. The remaining $35,000 must be raised by the community.

The tennis campus will be the center for community outreach programs. These programs will promote health, character, and well-being among participants. The campus will also provide tennis for undeserved youth and integrate tennis into schools.

If you are looking for a place to play tennis in Charlotte, NC, you have come to the right place. Charlotte City Tennis is a premier tennis organization in the Southeast. It manages three Charlotte public parks and offers lessons for people of all ages and skill levels. It also hosts USTA leagues and adult challenge ladders.

The Charlotte Indoor Tennis Club offers lessons, round-robin tournaments, and more. It has six climate-controlled indoor courts and 10 outdoor clay courts that are lighted. There are also youth tennis programs and summer camps. You can play tennis with your friends and family on the same court.

Developing the growth of tennis for people of color

The laws governing tennis in the U.S. have long been aimed at restricting the growth of people of color. But in the early 1880s, black colleges began offering courses in British tennis, which was banned in white communities. This resulted in tennis clubs in charlotte NC being formed, which led to the formation of the American Tennis Association (ATA). It was this organization that forged a path for the growth of the sport in the United States. Initially, the sport became an indicator of social status and the “Black bourgeoisie,” mirroring their white counterparts.

The USTA study noted that black adolescent tennis participation is significantly lower than that of White youth. In the same study, only 11% of black youth were active tennis participants. This percentage is far below the national average of 24%. This gap is significant because the US population is overwhelmingly White.

Andy Sock, a tennis coach from Kansas City, moved to Charlotte, NC in 2008, and was astonished by the diversity of its people. She is a huge sports fan and is still trying to decide which side serves the best barbecue. Nevertheless, she has found Charlotte to be a nice surprise and finds the people in the community to be very friendly.