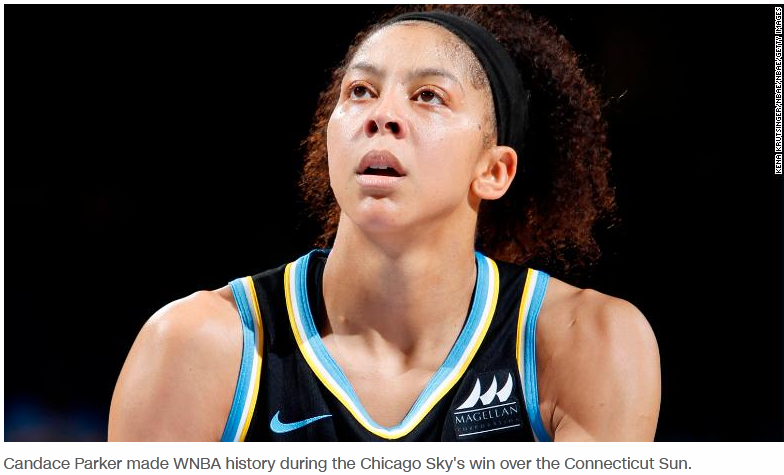 Candace Parker became the first player in WNBA history to reach 6,000 career points, 3,000 rebounds and 1,500 assists, as she led the Chicago Sky to a 91-83 win over the Connecticut Sun.

The Chicago Sky extended their record to 14-5, as they remained atop the Eastern Conference. Seven-time WNBA All-Star Elena Delle Donne scored 25 points, 11 rebounds and seven assists, along with four blocks in the win, which marked her second triple-double of the season. It was also the second piece of history Delle Donne has recorded in the space of a week; she became the first WNBA player to reach three career triple doubles in a victory over Los Angeles.

On a night of historic feats, Sue Bird became the WNBA player with most career wins following the Seattle Storm’s 88-78 victory over the Las Vegas Aces. She surpassed the previous record held by former Connecticut and Minnesota star Lindsay Whalen, who had 323 career wins. “That’s amazing,” Storm coach Noelle Quinn said, per ESPN. “She would probably say it’s because she’s old. That’s always the response. Just the longevity of an amazing player to have such impact on the game.” It’s not only the assists with Sue; it’s making big plays, the big shots. I thought she played great defense tonight.” Those intangibles that she brings — but also: She’s the GOAT, an amazing player with a long career and deserving of every single record she’s about to break because she’s played 20-something years.”