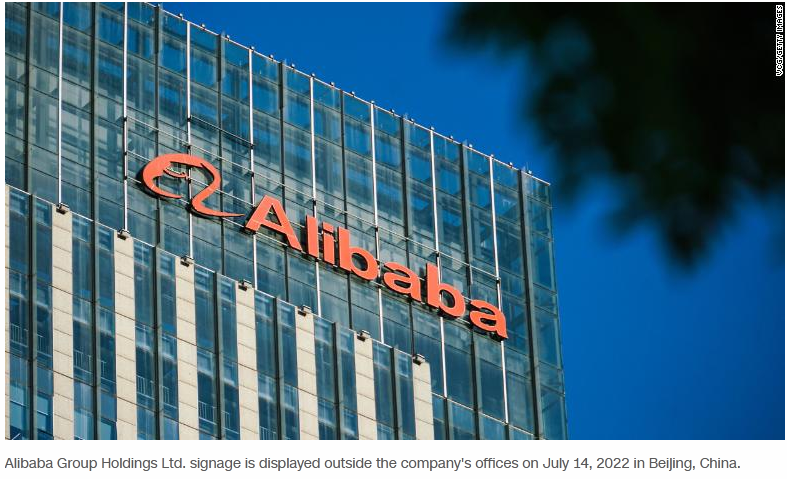 Alibaba‘s shares fell after the US Securities and Exchange Commission added the company to a growing list of Chinese firms that might be kicked off Wall Street. In Friday’s trading, Alibaba (BABA) fell 11% after the SEC put the company on its watchlist.

The tech giant Alibaba has fallen nearly 70% from its all-time high. In late 2020, the company was caught up in a sweeping crackdown in China on the country’s booming technology sector. The stock has dropped sharply due to weakening economic growth and a slowing economy.

Companies listed on the New York Stock Exchange and the Hong Kong Stock Exchange are required to undergo annual audits. If a company fails to allow US Securities and Exchange Commission (SEC) regulators to inspect its financial audit for three consecutive years, it will be removed from the exchange. China has rejected US securities inspections of Chinese companies’ financial records since 2009, citing security concerns. Chinese law requires companies listed overseas to keep their audit papers in mainland China, where foreign agencies cannot examine them. To date, the SEC has placed more than 150 companies on its watch list, including Didi Chuxing, JD.com (JD), Baidu (BIDU), and Yum China Holdings (YUMC). On Monday, Alibaba Group Holdings Ltd (BABA) said it would monitor market developments and “strive to maintain its listing status on both the NYSE and the Hong Kong Stock Exchange.”

Last week, Chinese e-commerce giant Alibaba announced it would seek a primary listing on the Hong Kong stock exchange. The move comes amid increased scrutiny of Chinese companies listing in the United States, which could see them lose direct access to US capital markets. Currently, Alibaba has a secondary listing on the Hong Kong stock exchange. A primary listing status in Hong Kong gives Chinese ADRs (American Depository Shares) an optionality to diversify their listing risk and retain access to the public equity market if they are forced to leave the United States, said Goldman Sachs analysts in a report last week. Alibaba’s smooth transition of listing status could also “set the path” for many more Chinese ADRs to pursue a similar switch, Citi analysts said separately.