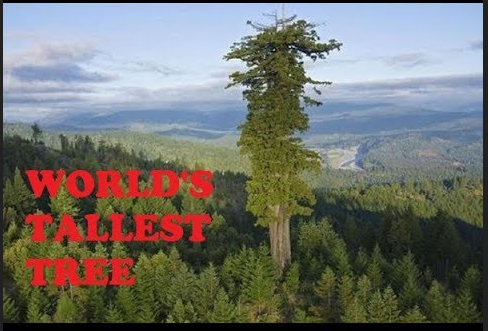 Hyperion, the world’s tallest living tree, is off-limits to visitors. The tree is located deep in California’s Redwood National Park and has no trails leading to it. The park issued a statement last week that anyone who is caught near the tree can face up to six months in jail and a $5,000 fine. Since 2006 the coast redwood (sequoia sempervirens) has faced serious environmental degradation from thrill-seekers who visit it after learning where it is located. It was named after a Titan god in Greek mythology — Hyperion was one of the Titans and the father of sun god Helios and moon goddess Selene.

The tree is located off-trail in dense vegetation, which makes it difficult to reach. Although Hyperion is popular with bloggers, travel writers and website publishers, there are concerns that the increase in visitors has led to erosion and damage of the area surrounding the tree. In addition to these concerns, the area has limited cellphone and GPS service, which means it can be very challenging to rescue any lost or injured hikers in the area.

Arguello says that human visitors are not the only risk to these giant trees. Wildfires are a growing concern throughout California’s national parks, and officials at Sequoia National Park and Kings Canyon National Parks took extreme measures to protect some of the world’s biggest trees from fire. In 2021, during the devastating KNP Complex Fire, General Sherman—considered the world’s largest tree by volume—was wrapped in an “aluminum-based burn-resistant material” similar to aluminum foil as a way to keep it safe.