Russia Has A Major Initiative That Will Seize Several Ukrainian Cities. 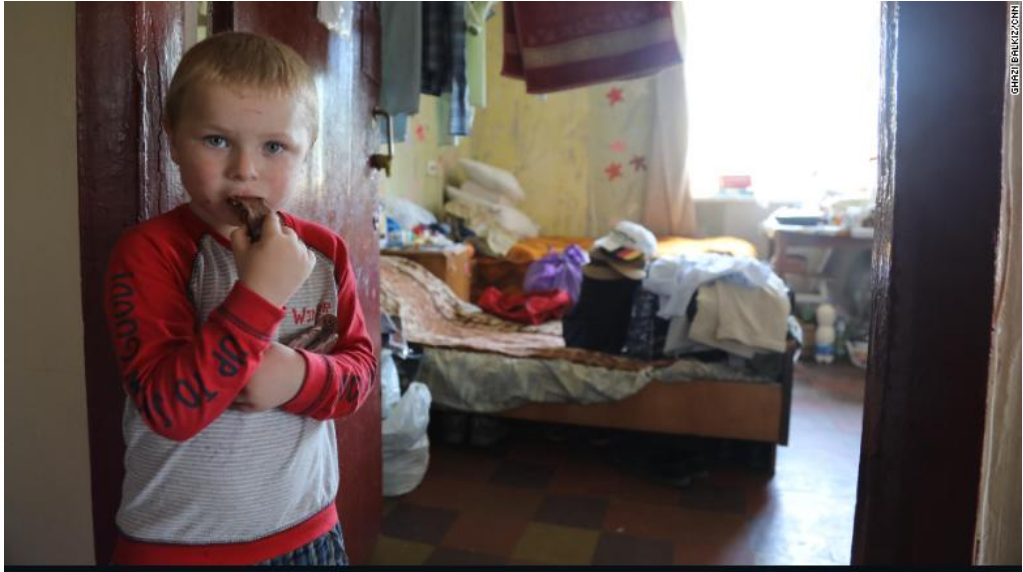 At first glance Bakhmut doesn’t look like a city at war.

Driving into the city of Bakhmut in eastern Ukraine on a warm sunny morning, men wearing orange vests tend to the roses. The tall trees shading the streets are thick with leaves. Traffic is light because of fuel shortages, so many residents get around on bicycles. These peaceful façades, however, conceal the fact that explosions regularly echo over Bakhmut: outgoing and incoming artillery and rockets outside, and occasionally inside, the city.

Our first stop was a building where volunteers were handing out bread. With cooking gas now gone, chefs have been forced to shut down their shops. Each day a truck arrives after a ten-hour journey with ten thousand loaves of bread, given as raffle prizes — two loaves per person.

Lyilya has brought her two grandchildren to pick up bread. “We support them,” she says, explaining what she does to keep their minds at ease. “We tell them there are some guys playing with tanks. What else can I tell them? How can I damage their mental health? You can’t do that. It’s impossible.” Just as the last words come out of her mouth the air shakes with multiple blasts. She turns to her grandchildren with gentle words of reassurance that no one flinches or runs for cover.

Tetyana welcomes visitors to her workshop as she has the bread for distribution. A bulky girl with a gentle smile, she becomes clearly warm toward those with whom she is working.

When I ask if she intends to stay in Bakhmut if Russian forces push closer, her demeanor changes. She shakes her head. “We love our town,” she says, tears welling in her eyes. “Our graves are here. Our parents lived here. We won’t go anywhere,” she insists through quivering lips. “It’s our land. We won’t give it up to anyone. Even if it’s destroyed, we’ll rebuild.”

Bakhmut, in Ukraine, is located on a main road leading to the twin cities of Lysychansk and Severodonetsk. The latter has been the scene of intense street-to-street combat between Ukrainian and Russian forces. For weeks Russian forces have bombarded the road, and Bakhmut, in what is seen as an attempt to cut the twin cities off from the rest of Ukrainian-controlled territory. Ukrainian officials have said most of Severodonetsk is now under Russian control and that Moscow plans to isolate it in the coming days. Overnight Russian forces destroyed the second of three bridges between the two cities and is heavily shelling the third. Serhiy Hayday, head of the Luhansk region military administration, said that “Russian forces have shelled very heavily for hours” destroying everything at Azot chemical plant in Severodonetsk with heavy caliber munitions.”

Hayday presumes the Russians will “throw their best military assets to lay claim to the city of Lysychansk,” and believes that if they liberate the city and Bakhmut, it will be closely expected for Lysychansk and the town to fall. Should all 3 locations fall, it is believed that Bakhmut will flee next.

Whereas the conflict has been moving in the Ukrainian government’s favor in other parts of the country, the opposite is true in eastern Ukraine. Russian forces have made slow but steady progress there. The head of Ukrainian intelligence recently told The Guardian that for every one artillery piece possessed by the Ukrainian military, Russian has between 10 and 15. Others, including President Vlodymyr Zelensky, claim that every day as many as 100 Ukrainian soldiers are killed, and around 500 wounded. In this grinding war of attrition, Russia, far bigger and better armed, is pressing its advantage.

This is no secret. In a city dormitory, Lyudmila is preparing lunch for her children, frying onions and boiling potatoes. She left her town in Bakhmut in March to escape the bombardment. “Home” is currently a small room, cramped. Her husband died before the war.

She says she has nowhere else to go, and barely any money. She asks with an edge of irritation, “What’s the point?” The Russians are coming where she lives in Ukraine. “It’s the same everywhere,” she says. “When they’re done here, they’ll go further.” She shrugs and walks away down the dark corridor. “That’s all I have to say.” On Thursday morning Russian aircraft struck a complex of agricultural warehouses on the edge of Bakhmut. It was the third strike on the complex in recent weeks. A gaping hole in the pavement shows where one bomb hit, spraying shrapnel in every direction and ripping holes in a warehouse of wheat.

Flocks of pigeons circle overhead, waiting to eat the grain. The weather has been good this year, but the war has crippled the farming of potential crops. The final harvest is just weeks away. Yet the fighting threatens to prevent the harvest by a third.

Major Pavlo Diachenko spends his days documenting the aftermath of air and artillery strikes. He knows only too well how random they seem. “Strikes can happen anytime,” he tells me with a sigh, “in the morning, in the evening. We don’t [know] when.” A small group of people gathers mid-morning in a parking lot next to a municipal building, waiting for a volunteer-run bus to take them to the relative safety of the city of Dnipro, a four-hour drive to the west.

Igor, a beekeeper in peacetime, is startled by a large blast as he stands in the shade. When he leaves with his cat, Simon Simonyonich, who frowns through the bars of his blue and white pet carrier, Igor remarks that Simon has been out of sorts since the town came under fire. “I left everything here — my bees and my house with all my belongings,” says Igor as he boards the bus with Simon. Moments later, another blast shakes the ground. Soon the bus is loaded, and Igor sits down in his seat next to Simon’s cage.

Is anyone here who has military forces? The driver is wondering if there are armed citizens on the bus. The bus is for only civilians. A cynical chuckle reverberates among the passengers. The majority of passengers are military age. The doors slam shut. The bus pulls away. Finally, one last blast is heard as the bus departs the parking area.