MBS Reacted Angrily To The Remarks Made By The President Of The United States In The Wake Of Crown Prince MBS’ Questioning Regarding Turkish Journalist Jamal Khashoggi. 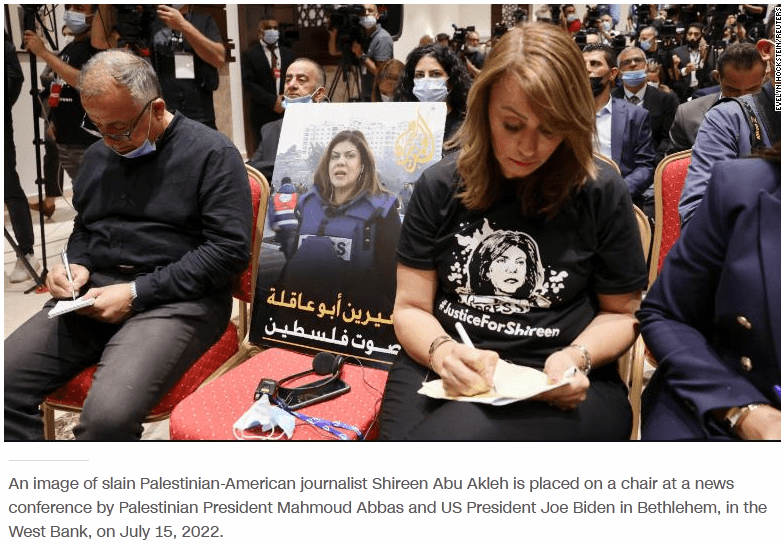 Saudi Arabia’s de facto ruler, Crown Prince Muhammad bin Salman, took offence at Joe Biden while facing him at the meeting between the two leaders of the kingdom late on Friday.

MBS denied responsibility for the killing of Khashoggi at the kingdom’s Istanbul consulate during the meeting. Joe Biden stated that according to US intelligence assessments, MBS disagreed with the denial.

In response to Joe Biden’s comments on Jamal Khashoggi, MBS cited the sexual and physical abuse of prisoners at Iraq’s Abu Ghraib prison by US military personnel, as well as the May killing of Palestinian American journalist Shireen Abu Akleh in the occupied West Bank. Prince Faisal bin Farhan told reporters on Saturday that “the Crown Prince responded to President Biden’s remarks on … Khashoggi after quite clearly — that this crime, while very unfortunate and abhorrent, is something that the kingdom took very seriously (and) acted upon in a way commiserate with its position as a responsible country.” These are issues, mistakes that happen in any country, including the US. The Crown Prince pointed out that the US has made its own mistakes and has taken the necessary action to hold those responsible accountable and address these mistakes just as the kingdom has.”

Responding to a CNN interview, Saudi Minister of State for Foreign Affairs Adel al-Jubeir echoed the sentiment that he expressed after the interview.

The Abu Ghraib prison was a US Army detention center for captured Iraqis from the start of the US invasion of Iraq in 2003 until its closure in 2006. Eleven US soldiers were convicted of crimes relating to the scandal, and renowned journalist Abu Akleh was killed during an Israeli military raid in the occupied West Bank city of Jenin.

Abu Akleh, a household name in the Arab world, was shot dead by Israeli forces while reporting on the suffering of Palestinians under Israeli occupation. Footage obtained by CNN — corroborated by testimony from eight eyewitnesses, an audio forensic analyst and an explosive weapons expert — suggested that Abu Akleh, who was wearing a helmet and blue protective vest marked “Press” at the time of her killing, was shot dead in a targeted attack by Israeli forces. In the West Bank on Friday, Biden said the US insists on a “full and transparent accounting” of the killing of the journalist.