Ezra Miller, Star Of The “The Flash” Series, Is Seeking Treatment For Mental Health Issues. 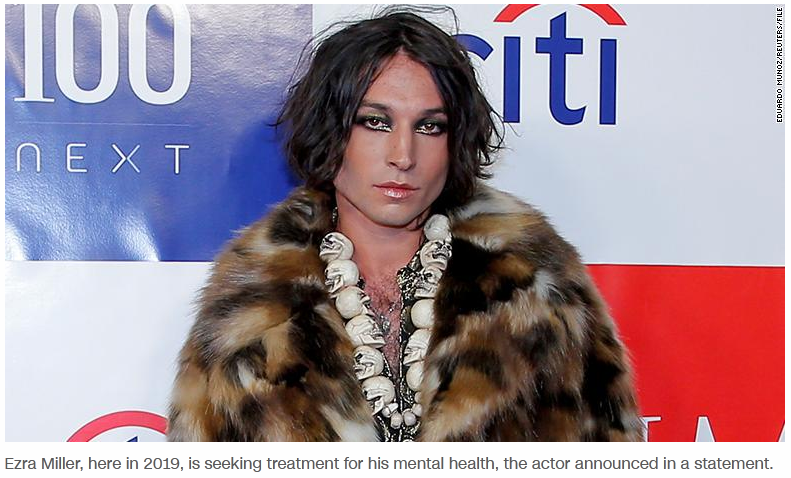 Ezra Miller, an actor who stars in the upcoming DC film “The Flash,” has sought treatment for mental health matters. In a statement provided to CNN through their representative, Miller said, “Having recently gone through a time of intense crisis, I now understand that I am suffering from complex mental health issues.” Miller added that they are committed to doing the necessary work to get back to a healthy, safe and productive stage in their life. The statement comes after a string of legal issues that have kept Miller in the headlines and their future on the big screen in question. In March, Miller was arrested in Hilo, Hawaii and charged with disorderly conduct and harassment after an incident at a bar there; according to the Hawaii County Police Department

According to local police, Miller was booked and released on $500 bail after his April 10 disorderly conduct arrest. On April 19 the actor pleaded no contest and was fined $500 for the charge, court records show. The harassment charge was dismissed. Earlier that same day, Miller was arrested for second-degree assault following an incident at a private residence in the district of Puna near the town of Pāhoa, authorities said. There have been no further charges related to that incident. On August 9 Miller was cited for felony burglary after allegedly stealing alcohol from a home in Stamford, Vermont while the owners were away, according to a press release from state law enforcement officials. The actor is ordered to appear in Vermont Superior Court on September 26 for an arraignment on the burglary charge, according to the release.

Warner Bros., the studio behind “The Flash” film, which is slated for release in June 2023, faces questions about whether or not to replace star Ezra Miller. Earlier this month during a call with investors, Warner Bros. CEO Kevin Tsujihara praised the upcoming film (set to be Miller’s first solo effort in the role). He added that he was excited about future projects. This came after months of calls from comics enthusiasts for Miller to be replaced by actor Grant Gustin, who portrays Barry Allen/The Flash on The CW network’s series of the same name. That series will end with its upcoming ninth season, which premieres October 8th.