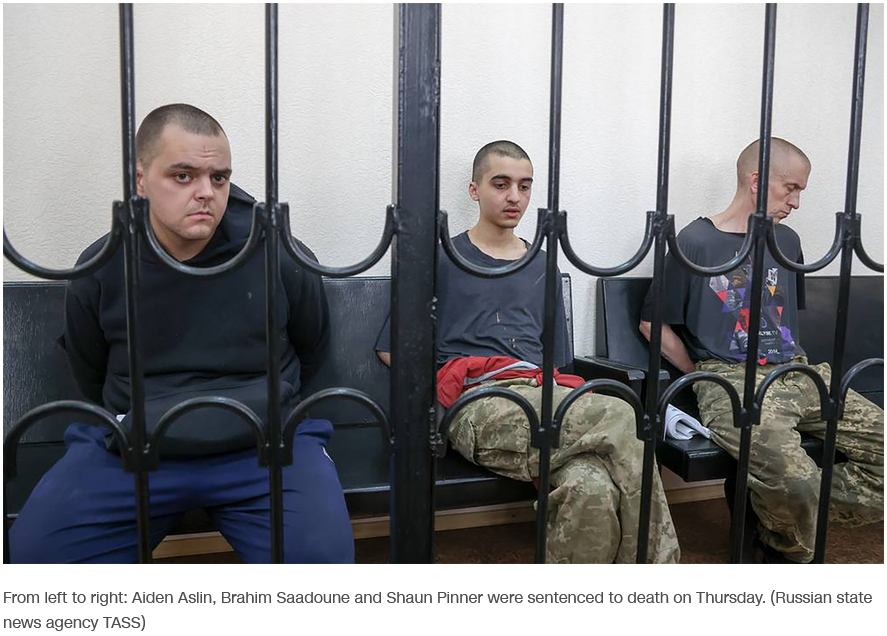 The British government is very worried about the recent sentence of British residents by a pro-Western court, the deputy prime minister’s spokesperson said in a statement sent to Reuters.

A court in the self-proclaimed Donetsk People’s Republic on Thursday sentenced to death three men—British citizens Aiden Aslin and Shaun Pinner, and Moroccan national Brahim Saadoune—that it has accused of being “mercenaries” for Ukraine.

A spokesperson for the British government said it will continue to work with Ukrainian officials in order to secure the release of any British national who was serving in the Ukrainian Armed Forces and who is being held as a prisoner of war by Russia. On Thursday, British Foreign Secretary Elizabeth Truss said she “utterly condemns” the sentencing of Aslin and Pinner and called them “prisoners of war.”

This is illegitimate and farcical trash. My thought is with their neighborhood. We continue to do everything in our power to help them,” she tweeted.