As Kyiv Increases Its Attacks On Strategic Facilities, Russian Military Forces In Southwestern Ukraine Are Closing In. 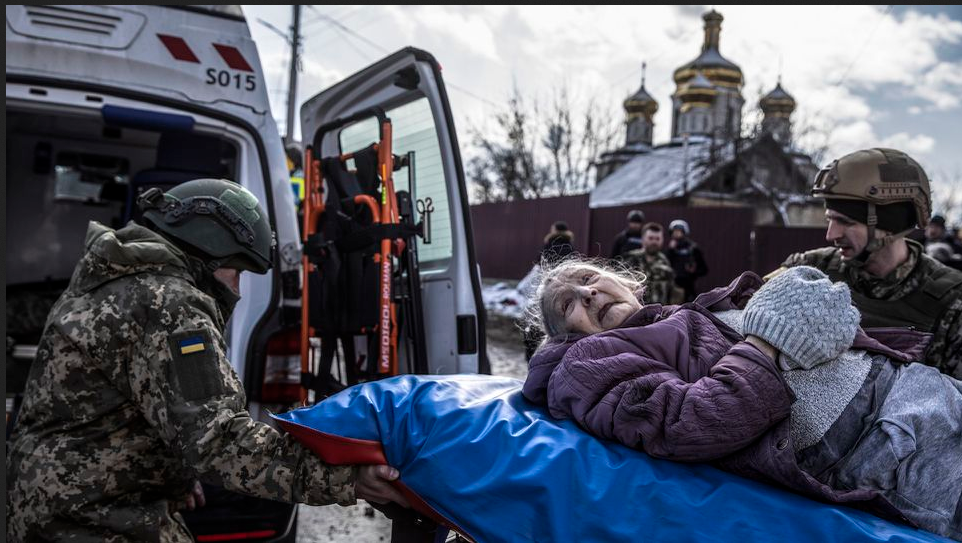 Ukrainian officials and Western analysts say that Russian forces in the occupied Kherson region in southern Ukraine are finding it increasingly difficult to maintain the flow of ammunition, armor and fuel to front-line units. This is due to a concerted Ukrainian campaign to cut off river and rail supply lines as well as target ammunition depots. Ukrainian officials also claim that Russian forces are moving command posts from the north of the Dnipro River to the south bank as bridges have been heavily damaged. The first deputy head of Kherson regional council, Yuri Sobolevsky, claimed on his Telegram channel that a significant portion of the Russian military command had already left Kherson city. Ukrainian forces are about 25 kilometers (15.5 miles) north of the city, towards Mykolaiv.

Much of the Kherson region is occupied by Russian forces, according to the Institute for the Study of War. In response to Kyiv’s counteroffensive in southern Ukraine, which targets bridges to disrupt supply routes, Russian troops may be moving to other parts of Kherson. Videos have appeared on social media showing renewed long-range artillery attacks on a bridge near Antonivskyi and a road bridge over a dam near Nova Kakhovka. Roads near these bridges are impassable for many types of vehicles because they’re too wide and deep.

The Ukrainians have been targeting railway lines from the Russian-occupied Crimea Peninsula into the Kherson and Zaporizhzhia regions. On Tuesday, a series of fierce explosions rocked the town of Dzankhoy on the main line towards Kherson. Recent video showed a substantial stock of military vehicles and ammunition at the site. Ivan Fedorov, the mayor of occupied Melitopol, said on Ukrainian television Monday that Russian forces were still clearing rubble from the site of a railway bridge near the city that had been hit last Friday. “Currently, the enemy uses Melitopol as a logistics center for the transportation, trans-shipment of ammunition and heavy weapons.” Fedorov also claimed Monday: “We see the migration of [Russian] military personnel from Kherson to Melitopol.”

Local residents, along with reports from the Ukrainian military’s Operational Command South, say that several bridges on the Crimean peninsula have been attacked by unknown forces in recent days. This information has not been confirmed by the Russian government or local authorities; however, it is clear that these attacks have severely limited the ability of heavy equipment and Russian troops to cross between Crimea and mainland Russia.

Ukraine’s resistance against Russian forces in the Kherson region has resulted in strong, layered defenses with air cover, according to Western military analysts. The Russians have also attempted regular counter-attacks against Ukrainian units trying to push south into Kherson, essentially restricting them to modest gains in flat farmlands along the border with Mykolaiv region. But Ukraine requires a constant flow of munitions and fuel to sustain their operations in the region. And bridges and railroads are easy targets due to their location along key supply routes for Russian forces occupying Kherson region. Now that the United States has supplied them with anti-radar HARMS missiles, the Ukrainians have begun using combat aircraft and helicopters in the region as well as highly accurate long-range artillery systems (artillery guns). Their targeting is also aided by a nascent resistance movement within occupied areas.

The Ukrainian army has recognized that the best way to defeat Russian forces is to attack their rear positions and infrastructure.